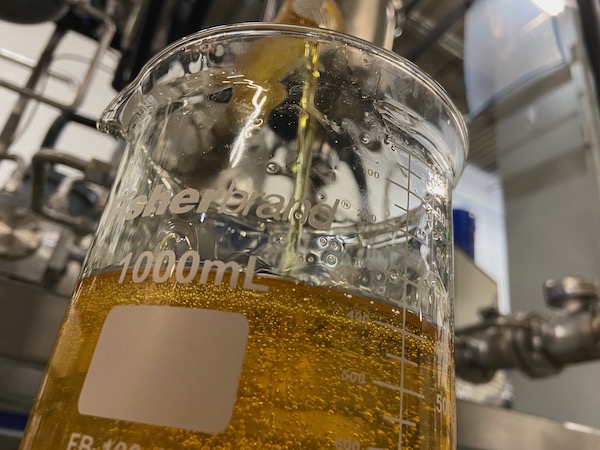 So you’ve decided to procure some CBD after recommendations from a friend, colleague or reading online about the many benefits. You land on an online store webpage and a vast array of terminology comes flying at you out of the screen: isolate, distillate, broad spectrum, full spectrum, cannabinoids, terpenes and so on. As Austin Powers would say, “But what does it all mean, Basil?”

First thing’s first, let’s define some of these terms.

A prominent cannabinoid found within the Cannabis sativa plant discovered in 1940 that has no psychoactive effects but has been clinically found to reduce anxiety, enhance cognition, and treat movement disorders and pain. Under the 2018 Farm Bill, CBD is federally legal if it is derived from hemp.

Another prominent cannabinoid found within the Cannabis sativa plant that has psychoactive effects and is attributed to “getting high.” THC is a Schedule 1 substance and is federally legal unless it is derived from hemp and under 0.3% overall composition of the plant or extract.

A chemical term used to specify that the only component is solely the specified material. In this case, we’re referring to cannabidiol, or CBD. Thus, CBD isolate is the purest form of CBD that does not contain any other cannabinoids, terpenes, fats, lipids or other compounds found in the hemp plant. Isolate CBD is a white, powdery solid that is 99+% CBD. Hemp processors receive the hemp plant and use chemistry and biochemistry techniques to extract the cannabinoids from the plant material then take further steps to isolate CBD in its pure form.

A highly refined extract that has undergone the distillation process. CBD distillate is a golden, viscous oil that typically contains around 70-80% CBD including minor cannabinoids, terpenes and other plant oils and extracts. Distillation is the process of purifying a liquid by evaporation and condensation. From the perspective of our laboratory, we’re removing the ethanol solvent used to extract the CBD from the hemp plant leaving behind the desired cannabinoids and terpenes. The ethanol is removed during Ethanol recovery through falling film distillation. CBD is purified by wiped film distillation using evaporation and condensation.

Broad-spectrum distillate is defined as a Full Spectrum which is modified. It typically still contains CBD and other cannabinoids within the plant. The most common modification is the removal of THC, which is either partially or completely removed after the initial extraction. In essence, broad-spectrum contains the entire spectrum of cannabinoids except for THC as described above.

Which is Better: Full Spectrum or Broad Spectrum CBD Distillate?

Returning to our original question, which product is going to be the most effective for me? Or perhaps, for my pet? The answer depends upon the individual user and their desired effects.

Full spectrum distillate has the greatest effectiveness of these products due to the different cannabinoids working together synergistically. This is often referred to as the “entourage effect.”

Users reap the benefits of CBD as well as all other cannabinoids naturally present in the Cannabis sativa plant, including a very small amount of THC. However, it is important to note that copious consumption of full spectrum distillate could possibly render a positive for THC during a urinalysis test, such as one would undergo while seeking or maintaining employment. THC has been shown to have pain-reducing and sleep-inducing effects but can also increase anxiety for some users. Although it is very small in concentration, it’s important to be mindful when choosing your extract.

Because broad spectrum extracts contain multiple cannabinoids, they also produce the “entourage effect,” but without the THC. For those seeking the benefits of all cannabinoids in the Cannabis sativa plant, but not THC, broad spectrum distillate is the desired extract. Broad spectrum distillate is best for users with conditions that CBD isolate alone cannot help with, for users that have a sensitivity to THC, or users living or working in regions with harsh THC regulations.

Now that we’ve defined the various types of CBD extracts, go and explore all the products available containing CBD. Tinctures, gummies, cookies, salves, balms and even pet treats are available. Retailers should specify the extract used to create the product and include a certificate of analysis to show the user the composition percentages of each cannabinoid present in the extract.