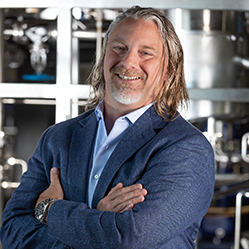 Before launching Abundant Labs as a partner and co-founder Chip spent most of his career in Traditional and Non-Traditional Banking. His knowledge of the finance industry has allowed for a number of entrepreneur opportunities mostly in Agriculture and Commercial Real Estate. For the last several years he has worked with and helped capitalize operations in the Cannabis Arena. Launching the lab was the culmination of all the work and relationships he built over the last several years. Today Chip is responsible for the business dealings of the facility and making sure the team has the resources they require for success. He often speaks on behalf of the Lab & the Hemp Industry at many of the conferences around the country. He also holds a board position with the Southeast Hemp Association. He and his wife reside in Western North Carolina with their horses and 3 dogs. He graduated and was a proud member of the football team at Appalachian State University. 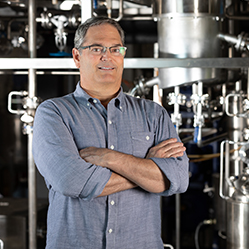 Gary owned an Electrical Contracting Business for the past 25 years and during that time he also became involved in the agriculture world as a Commercial Farmer and Representative for a global company that helps communities all over the world set up and grow produce healthier, safer, and sustainably. That new world of agriculture turned into a commitment to help growers of Hemp and Cannabis in many states for the last several years. His passion has always been related to the health of our planet and its communities. Being a Co-founder of Abundant Labs along with the job of Chief Operating Officer, his mission is simple…to share concepts to empower people near and far by changing the health of generations to come and participate in the sustainability of our planet for those generations, starting with the team at Abundant Labs and the communities they partner with. Gary and his wife live in the beautiful mountains of Western North Carolina with their 3 dogs and cat. 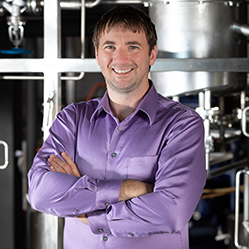 Stephen attended Rutgers University where he received a BA in Biochemistry. Stephen’s first job out of college was as a production technician at Zeus Scientific where he was responsible for the production and QC of ELISA test kits used by hospitals to diagnose common viral infections like Chicken Pox or Epstein Bar Virus. This was an FDA-regulated facility so he gained some insights into the rigor of adhering to Quality Management Systems in a production setting. His graduate degree in Molecular Biology focused on developmental biology, genetic engineering and molecular biology approach to cancer models using Xenopus laevis and Danio rerio, gaining expertise in PCR, Confocal Laser Microscopy, transgenics, and western blotting. He then joined Genova Diagnostics as a chromatography technician which specializes in naturopathic medical diagnostics. During the 10 years he was with them, he moved from a technician to technical supervisor over gas and liquid chromatography departments, managing a staff of 20 scientists and attaining full technical expertise in the operating and maintenance of HPLCs, GCs and mass spectrometers as well as a broad knowledge of analytical chemistry theory and techniques. Genova was also federally regulated by CLIA and the experience gave him a core understanding of regulatory compliance, audits and inspections. Stephen’s strengths in science, production, and regulatory compliance are a good fit with Abundant Labs and he loves working with the team!

Randy Pores comes from Hollywood Fla. Randy's background is from The Natural Products Industry. He has been in sales and management from some industry leaders such as Natures Plus, Threshold Ent., Renew Life and NaturaNectar. Randy still enjoys his sports, being a ranked player in Racquetball and playing as many tournaments as possible. His passion is sales and building relationships with his customers. Gary Hughes our COO and Randy have been friends since high school. 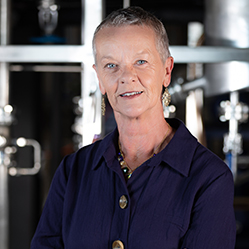 With over 30 years of experience in the private sector and 10 years with a community college, she brings a comprehensive perspective to our team. Her thoroughness and diligence ensure a smooth transaction from order to delivery and her involvement with almost every aspect of our day-to-day business operations keeps the team on track. Lori grew up in northern Maine, spent 25 years in southwest Florida and found her true home 15 years ago in Waynesville, NC where her Corgi and 2 cats allow her to live.