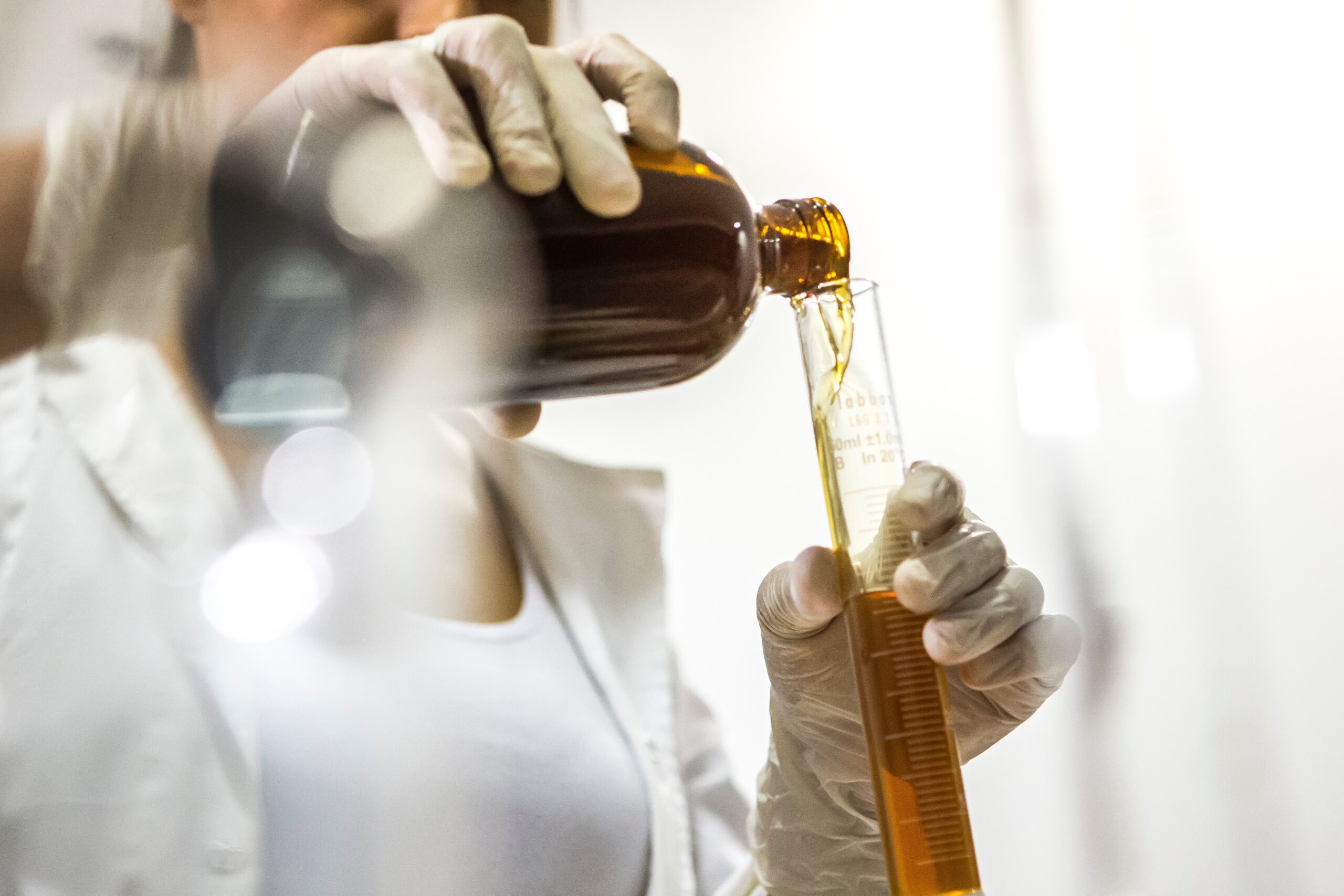 THC-O Acetate is currently enjoying a return to mainstream interest in the cannabis community, as many users and manufacturers seek alternatives to cannabinoids. THC acetate ester was investigated as a possible non-lethal incapacitating agent as part of the Edgewood Arsenal experiments at some point between 1949 and 1975 by the U.S. DEA and classified as a Class A drug.

Try not to confuse THC-O Acetate with THC-A. THC-A is THC acid, one of the purest compounds to be synthesized from cannabis, but is not psychoactive until decarboxylated or heated. When people say “diamonds and sauce” they typically mean “THC-A in terpene sauce.”

THC-O Acetate is not a phytocannabinoid meaning it is not naturally occurring in the cannabis sativa plant. Many are still seeking scientific arguments to support the theory that THC-O Acetate can naturally occur in cannabis, however, no concrete evidence has yet to be uncovered. THC-O Acetate is synthetically prepared and requires a strong acid (in this case sulfuric acid) and a solvent, in this case, acetic anhydride. The reaction must be performed in a Nitrogen atmosphere as the acetic anhydride can react with water in the air and violently explode.

Synthetically prepared cannabinoids are regarded differently in the cannabis community since they are not naturally occurring in the plant.

THC-O Acetate is purported to be 2-3x stronger than THC. Although this may vary, it is always extremely potent. The addition of the acetyl group (acetylation) increases the polarity of the molecule allowing more of the cannabinoid to pass through the blood-brain barrier. Delayed effects up to 30 minutes are expected after inhalation as enzymes in the body must break down the acetyl group.

Another analog that might arise again is THC-O Phosphate. It was created to allow greater solubility in water to increase bioavailability in pharmaceutical administration. Invented in 1978, THC-O Phosphate was largely synthesized to make it easier to inject for the purposes of animal research and associated pharmacological practices. The main disadvantage of THC-O Phosphate is its delayed onset of effects felt by the user, and lower potency than the parent drug.